The 2020 edition of “Umeko (梅子)”, which you can make delicious umeboshi easly, began taking pre-orders on May 2. (Shipments are expected to be around June 11,2020) This is a great kit for making pickled plums Umeboshi, and I would like to introduce it to you.

The kit is planned and sold by “Bamboo Cut”, which opened a standing umeboshi shop “立ち喰い梅干し屋” in Solamachi inside Tokyo Skytree, in March 2020.

What’s the image of June in Japan? It may give the impression of the rainy season, but it’s also the time to prepare the umeboshi. There is an image that it is difficult to pickle the umeboshi by ourself. However, with “Umeko” kit, you can easily get the best plums to pickle, all the necessary items, and tips.

You can enjoy the process of removing the plums and kneading the salt. Let’s make the old-fashioned umeboshi that are so sour that you can’t help but feel your face sinking into the center!

Shipping costs vary by location in Japan and range from 700 yen to 1,300 yen. Applications are due by May 24, JST. This kit is completely made-to-order, so if you’re want it, make sure you buy it in time.

Visit Online shopThe language of the link is only Japanese

The finest “Kishu Nanko Ume” plums are delivered from plum farmers in Wakayama when they are at their best. The skin is thin and slippery, the seeds are small and chewy, and it is also called the best plum in Japan.

The key to making pickled plums is to use perfectly ripe ones. However, this was also the biggest bottleneck. It ripens at a breakneck pace as soon as the plum is removed from the tree, and the period of best ripeness is very short (about three days). Because of this, the best fully ripe plums were rarely available in stores, and it was very difficult to get them at the right time.

“Umeko” just before they are fully ripe are shipped out on the same day by direct contract with the farmers. It ripens in a box on the move, it is good timing to pickle it when it arrives at your home. They are not frozen, so when you open the kit, the sweet and sour aroma of plums spreads !

Salt that can be pickled deliciously

This kit is simple to pickle with just plums and salt, so they are sticking to the salt. Under the supervision of the salt coordinator Ms. Shiho Aoyama, this is an original “Umeko salts” made from a blend of four types of japanese salt, which is ideal for making pickled plums. When it is pickled, it becomes a flavorful umeboshi with a good balance of acidity and umami.

With just one lick, the difference in taste between this salt and regular salt is obvious. The best salt was created, which Ms. Aoyama says anyone would be delicious no matter who pickled it. “What I was aiming for umami-flavored salt with a thick taste. But it’s also got the right acidity and it’s mellow. I also thought about the balance of sodium and magnesium so that the umeboshi would make well.”, she says.

A book to support umeboshi make

The good thing about this kit is that not only is it delicious, it’s also easy for anyone to make. The four basic steps of making umeboshi are “washing the plums”, “removing the tops”, “pickling with salt” and “drying”, but in order to avoid making mistakes for the first time, it is necessary to know a few tips.

The container is a retro and cute as if japanese grandma use to pickle umeboshi. It’s hard to know what to use when you’re making first umeboshi. This containers, in addition to being firm and flavorful to the plums, are fun to work with and are cute to keep in the kitchen.

Label stickers that attached to containers

It comes with a cute label sticker also! The label on the barrel of umeboshi is marked with the year’s number like wine, so it is recommended to buy it as an item to commemorate the year of marriage, birth, etc.

What you need to prepare yourself

Note: The following items are not included in the kit Please be prepared in advance of your arrival.

Red shiso adds a bright red color and flavor to pickled plums. Add it after salting and the plum vinegar has gone out.

Red shiso is a member of the green shiso family. It is known as a Japanese herb because of its nutritional richness and aroma. This is utilized as a juice or “Furikake”.

When is the best time to pickle plums?
– It’s best within three days of the kit arriving.

The day the kit arrives, there is no time to pickle it?
– Put the plums in the refrigerator. However, since plums ripen quickly, pickle them as soon as possible.

Can it be dried in an apartment?
– Yes you can. Dry it out in the sun, such as on a balcony.

Do I have to hang them outside in the sun?
– This is not the case. You can also dry them out indoors on a window sill that gets plenty of sunlight.

I’m worried about the rain while I’m hanging out to dry…
– If rain is forecast, leave the colander in the room. When it’s sunny, take them outside and hang them out to dry again. If you hang it out for a total of four days instead of four days in a row, it will be ready.

Does it have an expiration date?
– If it’s finished as a umeboshi, it’s not basically. But the sooner you eat, the better.

When I opened the kit that arrived, the plums were blackened. Will it be okay?
– The skin of the Nanko Ume is soft and delicate, so it may discolor when it is rubbed by the impact of delivery, but the taste will not change. There are no hygiene issues.

Can I return or exchange a product?
– This product is made to order and cannot be returned or exchanged.

Note:
* Shipping date cannot be specified. They will contact you in early June for shipping.
* The current estimated shipping date (as of May 2) is around Thursday, June 11, 2020. It may change depending on the growth of the plums.

Why are they made entirely to order?

They want to send the best ripeness at the best time, and because they don’t want to inconvenience the ume farmers, which means don’t want to waste the plums. Cancellations may not be accommodated.

This kits are very friendly to customers so that they can enjoy making umeboshi. The shop is also very considerate to the ume farmers. We would really like to go to a workshop, but it’s hard right now because of Covid-19. I highly recommend it if you want to try making umeboshi at home. Check out online shop.

Visit Online shopThe language of the link is only Japanese

Check out the shops in Tokyo!

In March 2020, a shop called “Standing Umeboshiya (立ち喰い梅干し屋)” was open in the shopping mall “Tokyo Solamachi” inside Tokyo Skytree.

This shop offers a total of 15 kinds of umeboshi, carefully selected from more than 300 kinds of umeboshi from all over Japan. At the counter, you can talk to a umeboshi expert and enjoy a cup of tea with a umeboshi that suits you and the tea that goes with it.

You can also try the “Eating Comparison Set” where you can enjoy 3 umeboshi and japanese green tea Hōjicha of your choice, the “Amazing Ume-chazuke”, and the “Ocha no sake” where tea leaves are soaked in sake.

June is the rainy season in Japan when the plum work begins. This season is called the “Tsuyu 梅雨 (つゆ)”. *It is pronounced the same, but it’s not the same as the “tsuyu” in Soup’s ramen or soba noodles.

The use of kanji for “梅” for “rainy season 梅雨” is said to have originated in China. It is said that the rainy season around the Yangtze River in China is when the plums are ripe, which is why the character for “梅” was used. However, when it was introduced from China, it was read as “Ba-i-u” instead of “Tsuyu” in Japanese.

There are various stories. It is said that the name “Tsuyu” came to be used around the Edo period. Here are two of the origins.

The first theory is “Tsuyu 梅雨”, which is derived from “Tsuyu 露”. The pronunciation is the same, but the meaning is different. The word “露” means dew.

We get a lot of rain in June and July in japan. There is a theory that the name “Tsuyu 梅雨” came about because of the “dew” on the trees.

Derived from it is the season when plum ripe.

The second theory is that it is called “Tsuyu 潰ゆ” because of the crushing of ripe plum berries. The pronunciation is the same, but the meaning is different. The word “潰ゆ” means crush in old Japanese.

The presence of rain is essential to the growth of the plum, and while the plum may still be hard in early June, most of the plum crop is finished by the end of the month.

Therefore, there is why a theory that “Tsuyu 潰ゆ” became “Tsuyu 梅雨” when the plum are ripe and crushed.

Japanese is so difficult because even though it sounds the same, it has completely different meanings. Even I got confused as I was writing this… So why don’t you challenge yourself to make umeboshi in season with the new Japanese knowledge? 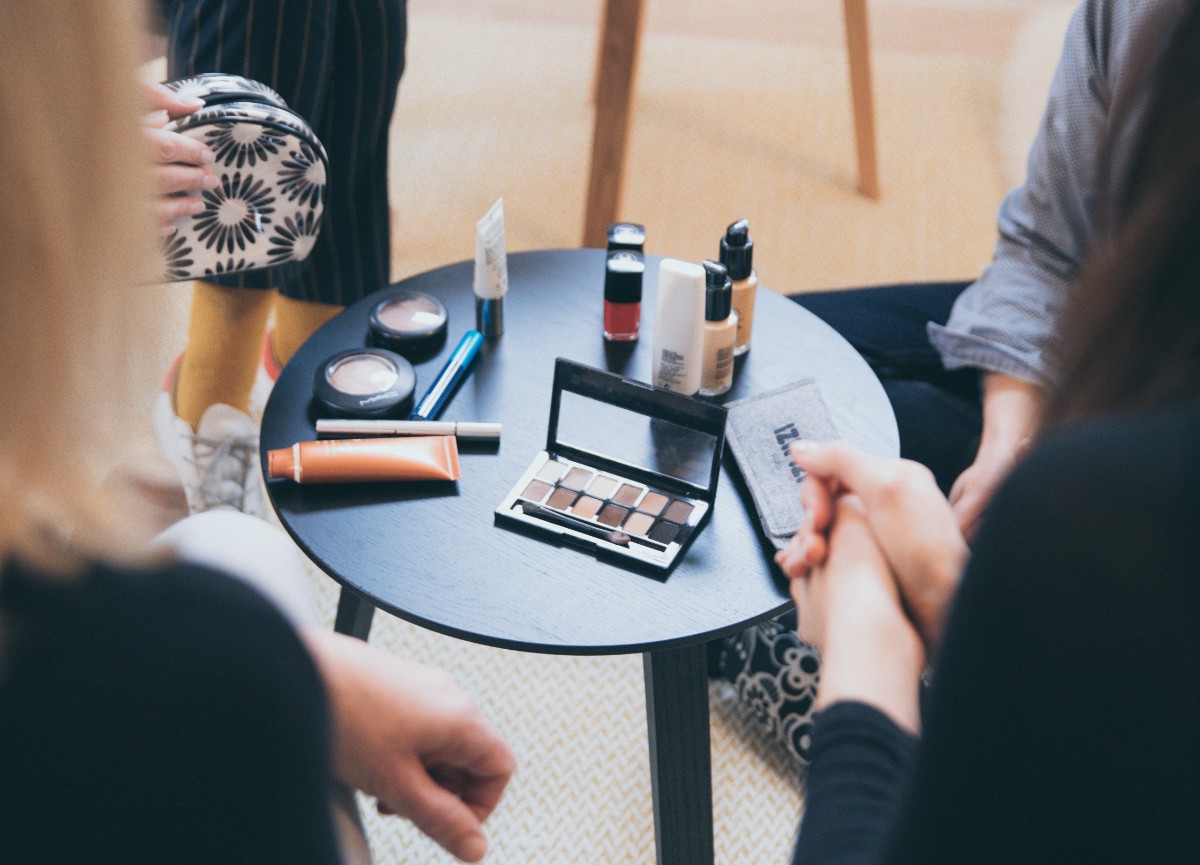 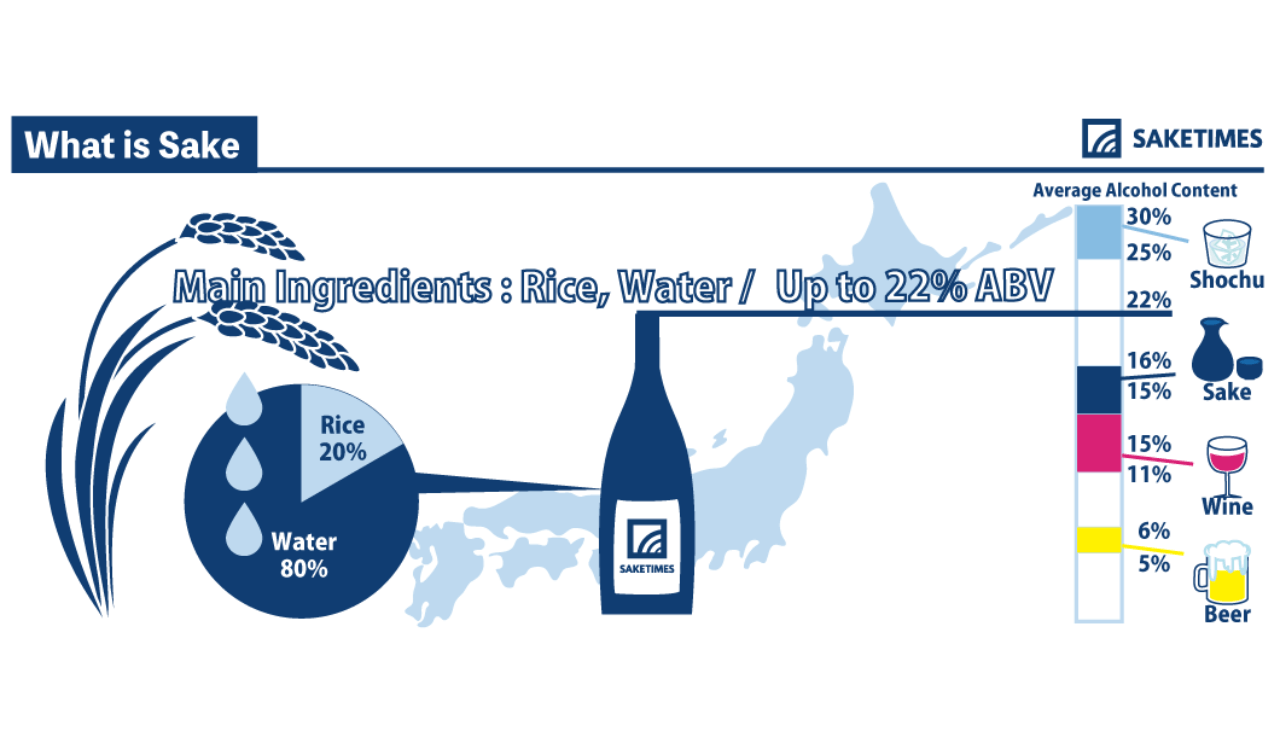 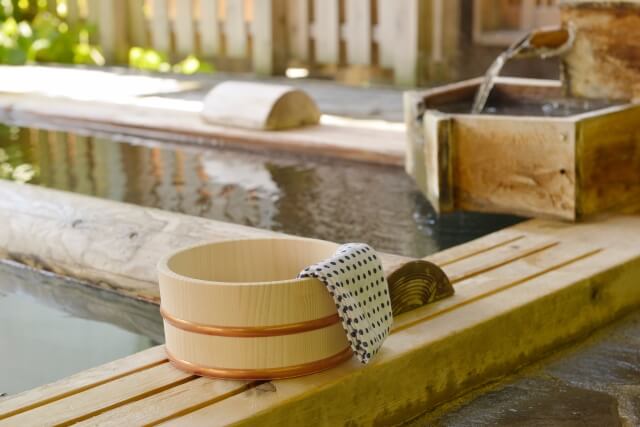 Are you looking for a Tattoo friendly Onsen and spa? in OSAKA 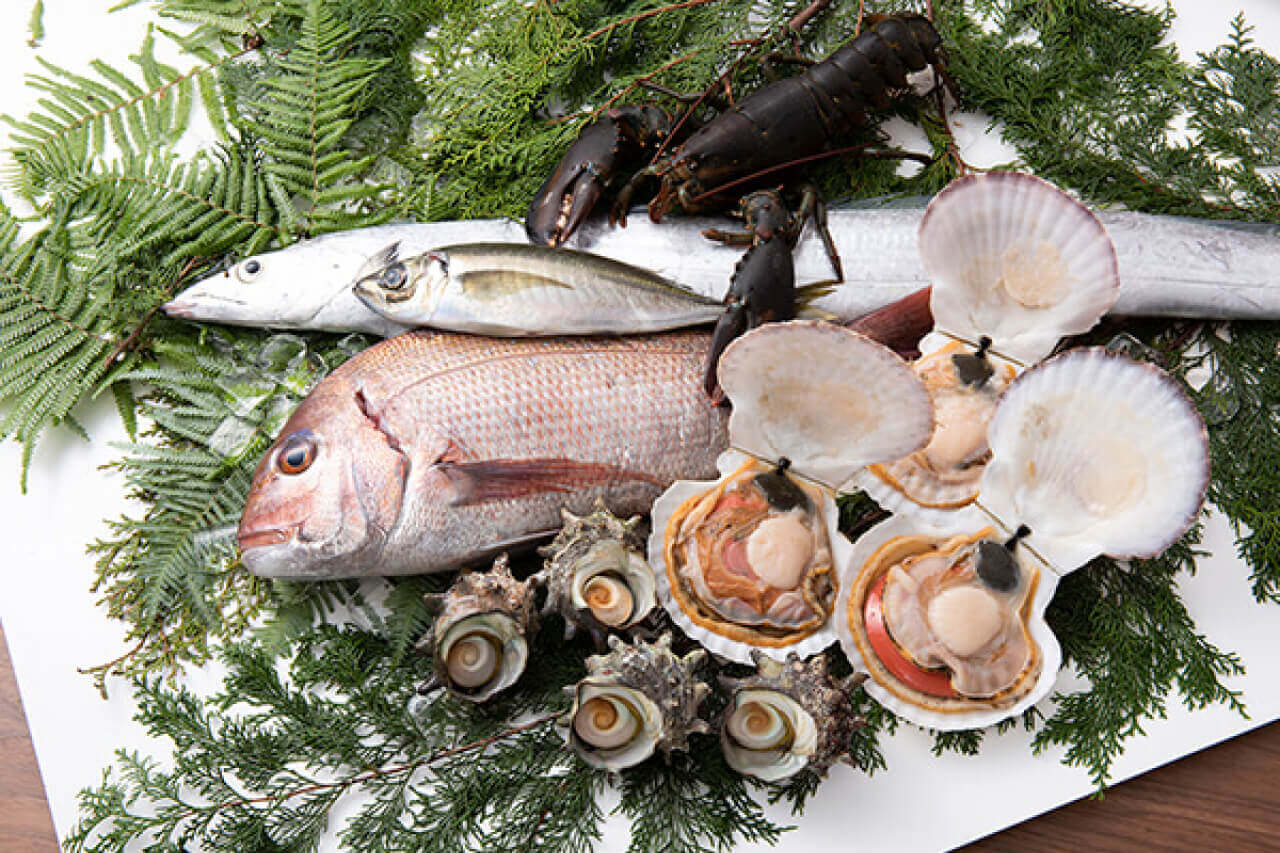 The best food from Toyosu fish Market is delivered to your home. 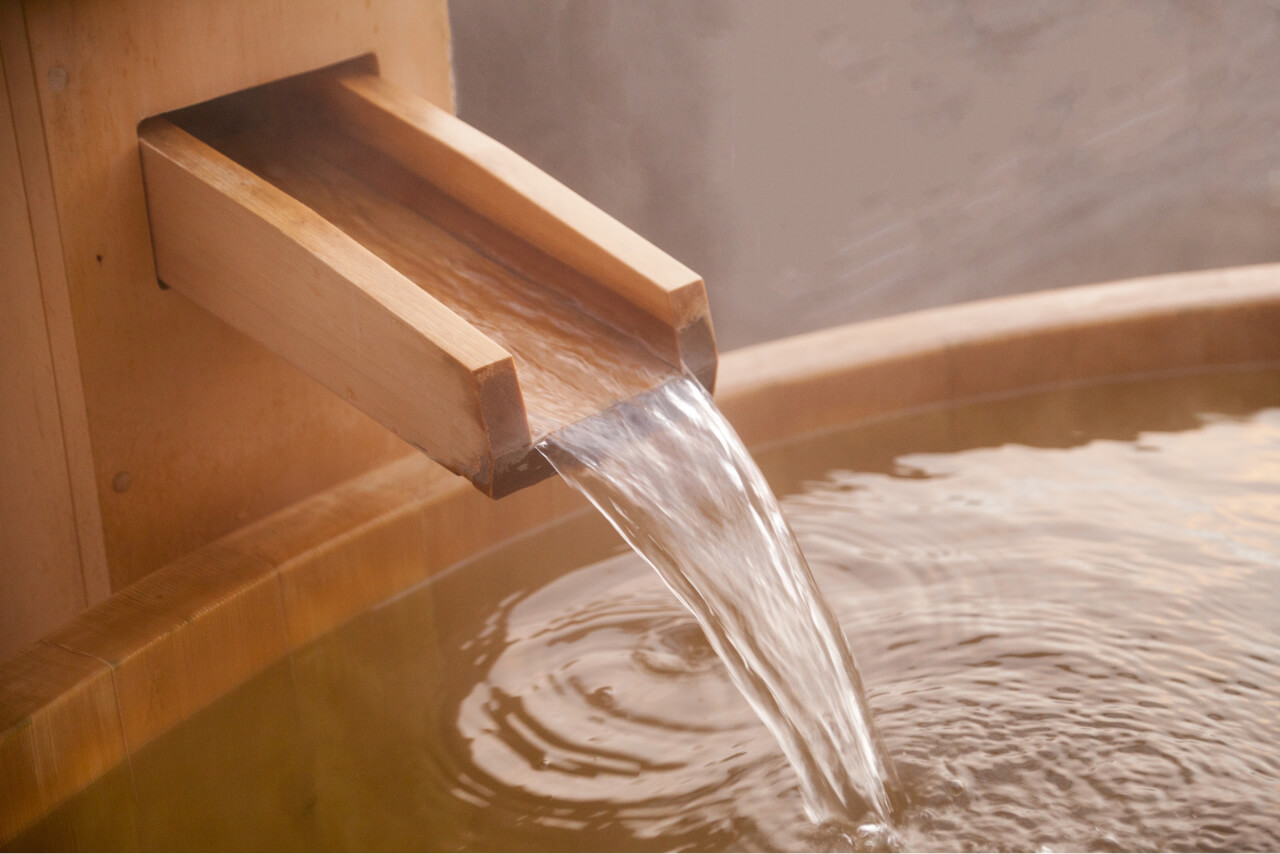 Are you looking for Onsen and spa? in Saitama.